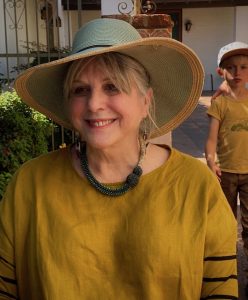 Angela Allen is a nationally recognized writer in Portland, Oregon, who worked for 25 years as a daily newspaper columnist, reviewer and staffer. Since 2006, she has pursued a freelance writing, teaching and photography career, contributing to regional, national and international publications and Web sites. Nosing around the Northwest, she has covered and uncovered music, food/wine, restaurants, style, art, architecture and travel. And people, lots of people. Her most consistent market these days is Oregon Arts Watch, where you can find her reviews and stories about jazz, Portland and Seattle operas, chamber music—many kinds of music—dance, art, food and photography. Find her work under the Clips tab on this site’s home page. She also writes about music for Classical VoIce North America.

Angela taught writing and photography from 2007-2013 in the Oregon schools as a member of Portland’s former Wordstock Writers, Portland Literary Arts’ Writers in the Schools, and the Right Brain Initiative. She worked as the Eastern Oregon Writer-in-Residence in 2009, sponsored in part by Fishtrap, at which she taught creative writing throughout Harney and Malheur counties. She offers private and group enrichment classes, spiced up with word fun, to hone writing skills, prepare students for SAT verbal tests, increase vocabulary, and help with college essays. She will even come to your home!

She holds a Master of Arts in Journalism from the University of Oregon (1984) and in 2014, earned a Master of Fine Arts in Creative Writing/Poetry from Pacific Lutheran University’s Rainier Writing Workshop. She has numerous journalistic publications and is among four poets contributing to Saturday Afternoons, (Clothesline Press). Her poems and photographs have been published in journals and on web sites, including Oregon Arts Watch, Watershed Review and Santa Fe Photographic Workshops, where several images have won recognition.

Her photography shows have drawn on color (“Vivid” and “Rajasthan”) and on “Oregon’s Other Side,” a visual journey of Eastern Oregon. Among other places, her work was featured at Portland’s former CaroleZoom Studio; Firehouse Gallery in Louisville, Ky., her hometown; and at Lilly’s Bistro, Kathy Cary’s award-winning Louisville restaurant. The prestigious Santa Fe Photographic Workshops uses her image, “Swirling Aztec Dancer,” to promote its San Miguel de Allende program. 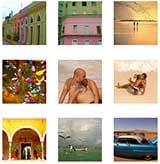